By The Kid Abel
Available now on:

Darius Bernhardt grew up in Philadelphia, Pennsylvania. Throughout his early life, he struggled with bullying and was constantly ridiculed about his weight throughout elementary and middle school. Darius relied on his family to stick by his side since he didn’t have a lot of friends growing up. He felt as if the only person he could talk to was himself, so he started writing. At the age of 7, Darius began writing poetry to express himself and the way that he felt. As he grew older, he started writing and remixing songs. This was the beginning of his rap career. His first rap name was Dolla D, which he went by for a few years. The second rap name he had was Lex Villa. The third time he changed his name, he changed it to The Kid Abel, which he has stuck by ever since.
The Kid Abel is about being yourself at all times and being authentic. Through his music and his everyday living, he lets his audience and friends know that it is so important to be free and live your life the way you want to live it. He wants everyone to glorify the simple things and love one another. His positive attitude and overall outlook on life makes his music and presence enjoyable.

Growing up in Philly, Darius Bernhardt relied on his brother, his sister, cousins and his poetry to get him through the hard times he experienced. Darius turned his poetry into raps and started perfecting his craft from the young age of 7 years old. Today, we all know and appreciate him as The Kid Abel, creating rap music for people everywhere. 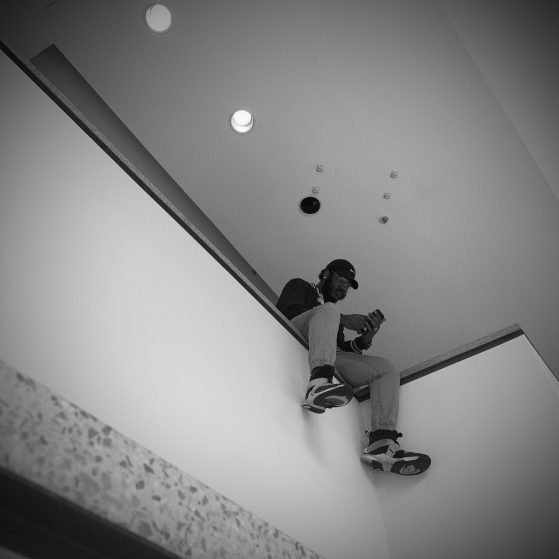